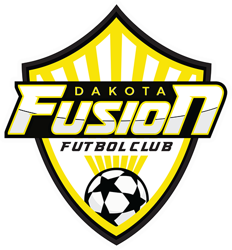 Prior to the club being founded, the Ghauri’s and Sajid’s company NTSI had been providing playing opportunities to young adult players by funding their expenses to compete in indoor soccer tournaments throughout the Midwest. This is where the idea of establishing a soccer club was born.

The Ghauri’s saw the abundance of talent in players in the Fargo area, but due to lack of resources, many of these players did not have the opportunity to go play at the next level. Thus, Dakota Fusion Futbol Club was started to help bridge this gap and to provide young players the opportunity to advance to the next level and fulfill their soccer aspirations.

With Fargo having a diverse soccer community, the name Dakota Fusion was built on inclusiveness and love for the sport. DFFC’s mission is to build community interaction by delivering an inclusive, quality soccer experience to every player that can inspire, encourage and empower the community youth through participation in soccer. Our goal is to provide a professional, safe and positive soccer environment while developing talented players. We strive to develop players capable of competing at the highest levels of competition.  We will also strive to increase an awareness and appreciation for the game of soccer and increase the opportunities for young people in our area.